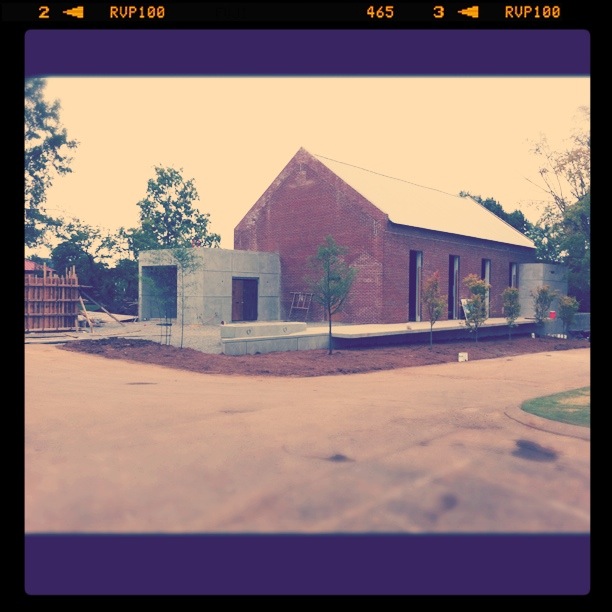 ime indeed seems to accelerate. We just blew past Ruby's 10 year anniversary and almost missed it. Our first event, a rehearsal dinner, was held October 10, 2011, and our grand opening was November 4 of that year. We've never been good at celebrating the milestones.

We'll celebrate in a fashion by recalling the primary achievement (or fool's errand) - the conversion of a derelict structure into what we believe to be Nashville's finest small independent event and wedding venue.

As we reflect, we're struck by the youthful optimism we had. When we purchased the Blakemore Primitive Baptist Church there were squirrels in the attic, feral cats in the basement, a 3-foot high pile of years-old mail inside the front door,  remains of a homeless encampment attached to the building, and unsavory paraphernalia in the park parking lot. I'm sure there were many more fun discoveries, but we've pushed them from our memory. Long story short, no one expected us to save the building.

We'll save the before-and-after photos and construction challenges for another day, and just remember where we started, what Ruby was when we opened, and where we are today.

Just to set the stage, we wince when we think of Nashville's fondness for burlap and mason jars when we first opened. We were the most contemporary, industrial space in a traditional market. Fortunately, Nashville tastes have moved in our direction.

When we purchased the church in 2009, it was in a state of condemnation. When we opened in 2011, the building was restored and reinvented, but when we look back at these decade old photos we hardly recognize Ruby for all the improvements made. And the trees sure grew up!

Over the years we have continuously upgraded and improved Ruby as we've responded to the needs of our clients and the events held here. I suppose it's an affliction that we have - never finishing a project. Our philosophy has always been to keep improving or we'll stagnate. Who knows what's in store for Ruby over the next few years?