How It Started - Ruby 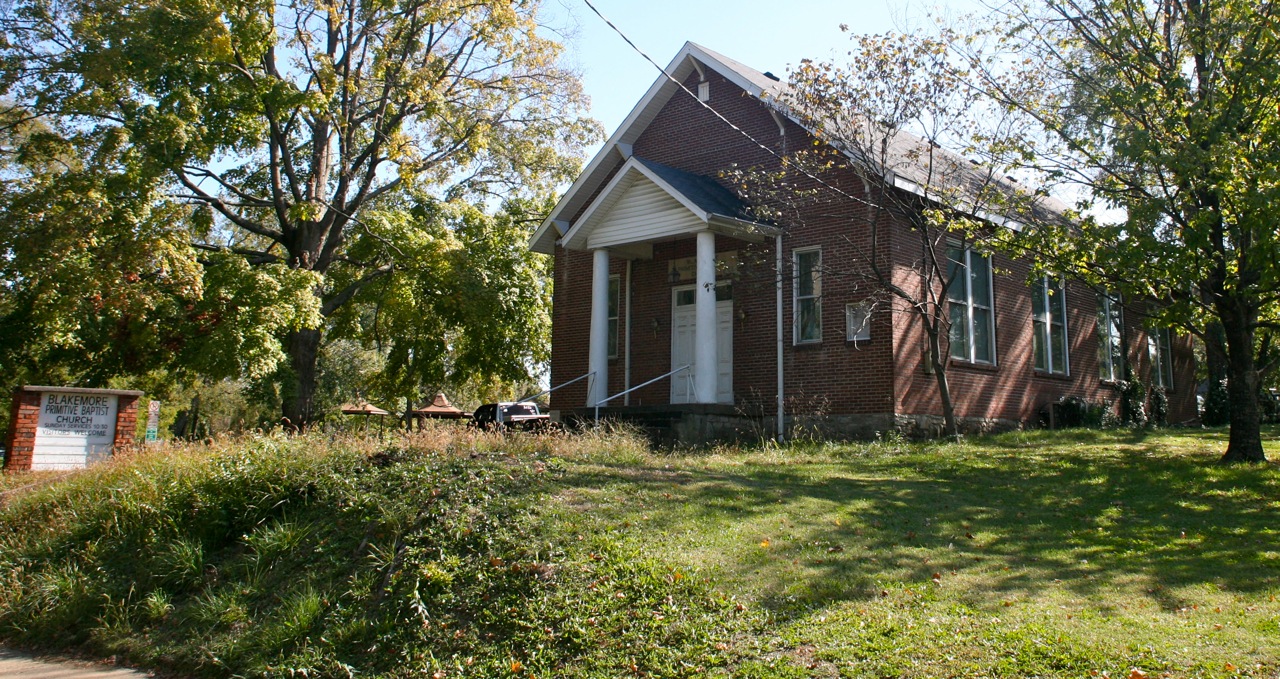 t started quite accidentally. In 2009, Brenda and I purchased the Blakemore Primitive Baptist Church, a dilapidated structure in Dragon Park, a city park on the edge of the historic Hillsboro Village commercial district. It was a run down building in a great location. But this is not a real estate story.

The way I tell it now, and it could have happened this way, is that I got a call from John Fairhead, the listing broker on the property and someone who has since become a good friend. John said the previous buyer had backed out and the property was ours if we wanted it. Back up a bit. We had discovered that the property was for sale months before and in a meaningless act put our name on a list of back-up buyers. Somehow we had made it to the top. Or maybe we were the only ones on it. No matter, but it was clear I had to make a decision with John then and there on the phone. Supposedly, I covered the phone (this was pre-mute button) and asked Brenda if she wanted to move ahead. Before she answered I told John that we'd take it. Of course, we had no plans for the building, and no, we had not always wanted to get into the event business. We simply like old buildings with great bone structure.

Now we had to decide what we were going to do with the church. Our zoning at that time was severely limited to a residential complex, a church of course, and a collection of financially undesirable options (I recall a graveyard, nunnery, power station, etc.). We wanted whatever we did to be suitable within a city park, so a condo seemed out of the question. How we ended up chosing to open a private event venue, I don't recall. The Hillsboro-West End neighborhood was supportive of our efforts while being very protective of the community.

Brenda and I worked together on everything that was required from architecture to design, construction, permitting, and operational systems. Earlier in life, we had started and owned an online licensing company, so automation and simplicity were important to us and continue to drive our decisions to this day. We developed an appreciation for audio, video and lighting, and other complex systems necessary to the event industry. We didn't know it at the time, but with this first project, we were cutting our teeth on reconstructing historic buildings and creating our design style. We'll post a separate articles about construction and design later.

And we named our company Dragon Park after the park that surrounded Ruby.

This building became Ruby, of course, a modest sized wedding and event venue by Nashville standards with a modernist, industrial design. When Ruby opened in October 2011, the mason jar and burlap style had a firm hold on Nashville and farm weddings were the rage. We designed Ruby to appeal to an urban client that appreciated simple design as well as outdoor spaces.

In 2012, Ruby was awarded the Urban Land Institute's Excellence in Design. The award "represents the highest standards of achievement in the development industry. The Awards for Excellence recognize the full development process of a project, not just its architecture or design." We think this is just a refined way of saying the building looks good and is a credit to the neighborhood. And that is what we strive to do. Because it's given by professionals in the real estate, architecture, engineering, development and construction - it's the only award that we ever seek to win.

Over the first five years, we hosted primarily weddings, corporate, and non-profit events, but I think half of the musicians in town have played here either for a music event or as a surprise at a wedding reception. We probably should have put their pictures on the wall like they to at the Acklen Post Office in the neighborhood. But that's never been our style.

Over time, we realized what we had gotten right, and what we wanted to refine. As designers, this is a list that never ends, even 10 years after we opened. Our clients know that we are always changing our venues physically and otherwise to improve them to best accommodate and reflect upon our client's events. What we didn't appreciate at the time was that we were creating and refining our offering and in the process establishing our identity. And the next phase is for another article.