Before & After - Clementine's Tiger Room 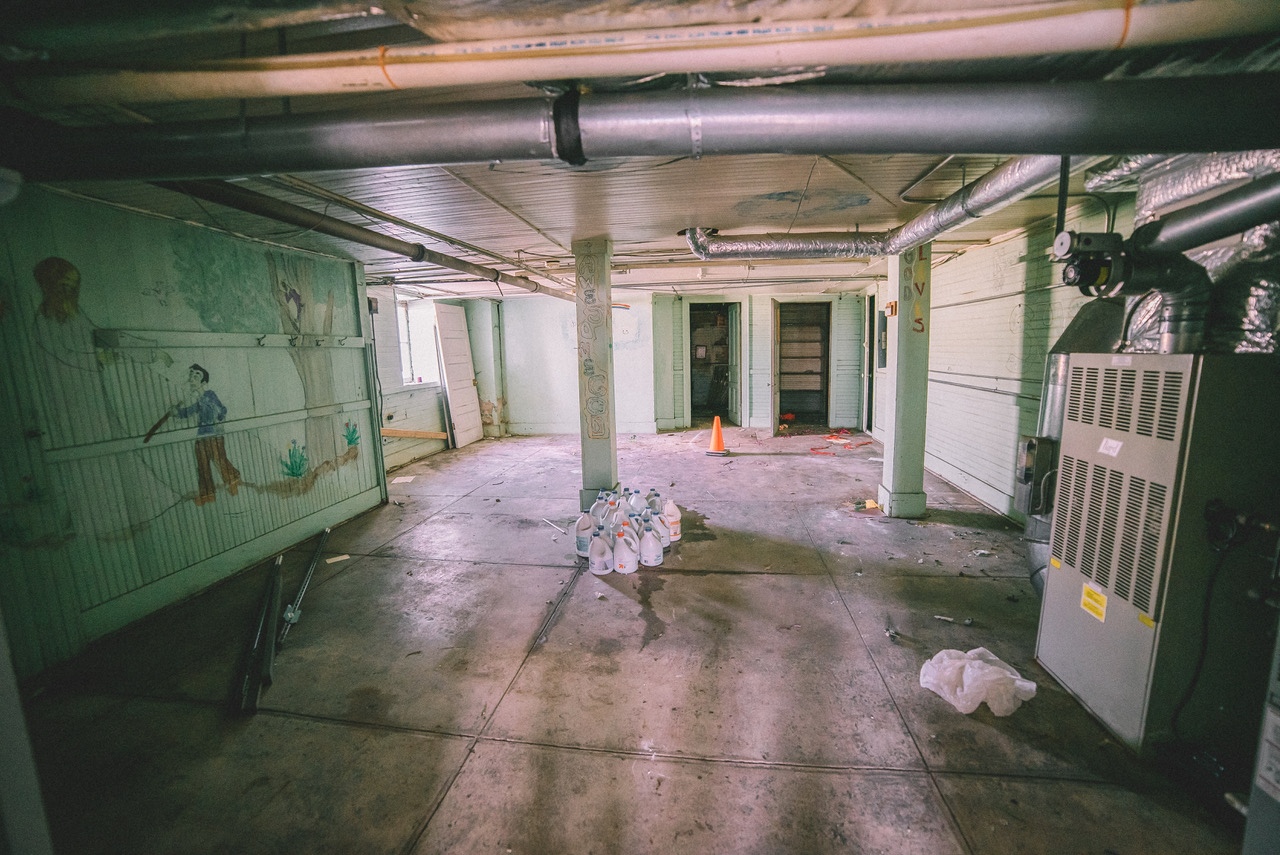 sometimes we forget the design challenges we faced when redeveloping a building. We're also asked what we had to do to the West Nashville Methodist Church to transform it into Clementine. This is the first part of a series that should serve both of these purposes.

We name all of our dressing rooms after the wall paper that dominates them. What would become the Tiger Room was the basement mechanical room of the church. The air conditioning units and a staircase to Little Bird Lounge consumed much of the space. Many jugs of bleach were scattered about, the purpose of which we will never know. Primitive paintings on the wall completed a spooky Silence of the Lambs atmosphere.

There were too many issues to list when it came to the mechanical room. Low ceilings, old mechanical units and the green walls with primitive paintings were just a start. The limestone rock foundation was crumbling. The room was undesirable by every measure.

Many couples want a groom's room and the location of this room - on the opposite end of the building and on a separate floor from the bride's dressing room - made it ideal for this purpose. The cave reference, of course, is made often. Brenda gave me free reign to design the space, probably because she thought it too far gone.

A primary challenge was to make the room appealing enough so that groomsmen would want to stay put in the space. Only the size of the room lended itself to that goal.

We removed the ceiling, exposing the trussing for a greater perception of height. The cave feel was augmented with the predominant use of black. The jungle tiger wallpaper added whimsy. Comfortable seating, pool table and other diversions, television, wifi, and music were disgned to attract and hold groomsmen. Restoration of the rock foundation walls, concrete floors and removal of the staircase redefined the size and feel of the space.

Today, groomsmen will often dress and eat lunch in the room, which we think is the ultimate validation.

How We Balance Vendor Choice and Quality