Before & After - Clementine's Bird Room 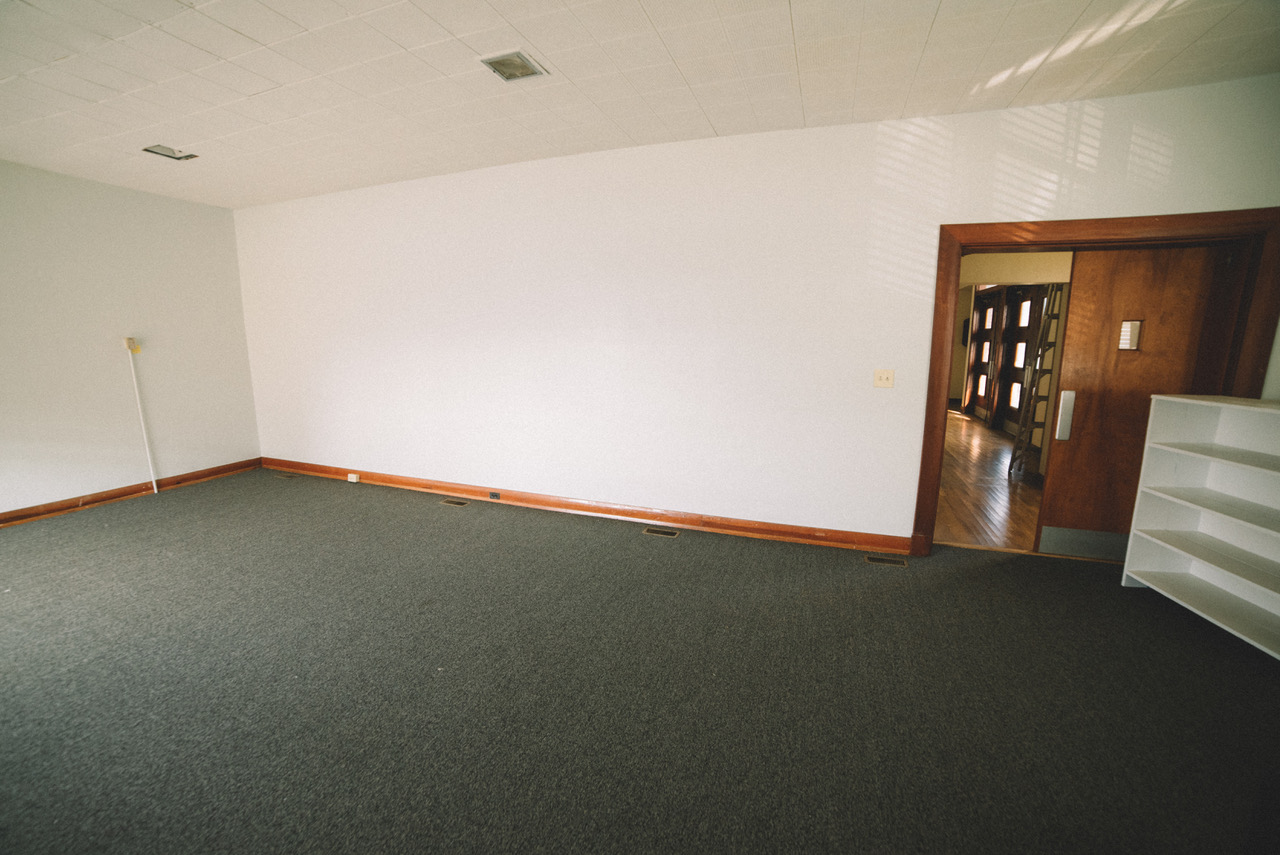 he Bird Room is our dressing room on the main level just off the entry. Its often used by bride's due to both its styling and its location at the head of the aisle. But it's also used by artists, speakers, committes, you name it.

When we walked into what would become the Tiger Room, it was a just white box. In 1957, storms weakened the church's bell tower, which was subsequently replaced with what was called Benton Chapel. In 2017, it was a largely empty carpeted room with ceiling tiles.

The primary issue with the chapel was that it was a white box, a room without historic merit or architectural details with which to build. With the absence of any design inspiration, we focused on programatic issues such as a W.C. within the dressing room, hair and make up stations, and a food and beverage area.

We knew clients would be spending a significant amount of time in the room so we wanted to create distinct seating areas and provide the amenities found in our other dressing rooms such as TV, WiFi, and music. It was important to bring us much natural light into the space for hair and makeup purposes but also for a cheery disposition. Occupants of the room now are able to look down on 48th Street below through one window and into the courtyard through the other. They have complete privacy, but also know what is happening with respect to their event.

After stripping the room to the framing, we added the bathroom and the other elements. Half of the room has the namesake bird wallpaper (and, keeping the theme, the bathroom has our ostrich wallpaper). A blue wainscoting, along with a blue-grey slate tile, ties the room together. And, of course, we couldn't resist addicting the homage to Clementine.

Today, bridesmaids will often dress, bring in their hair and makeup artists, and eat lunch in the room, and generally make a day of it.